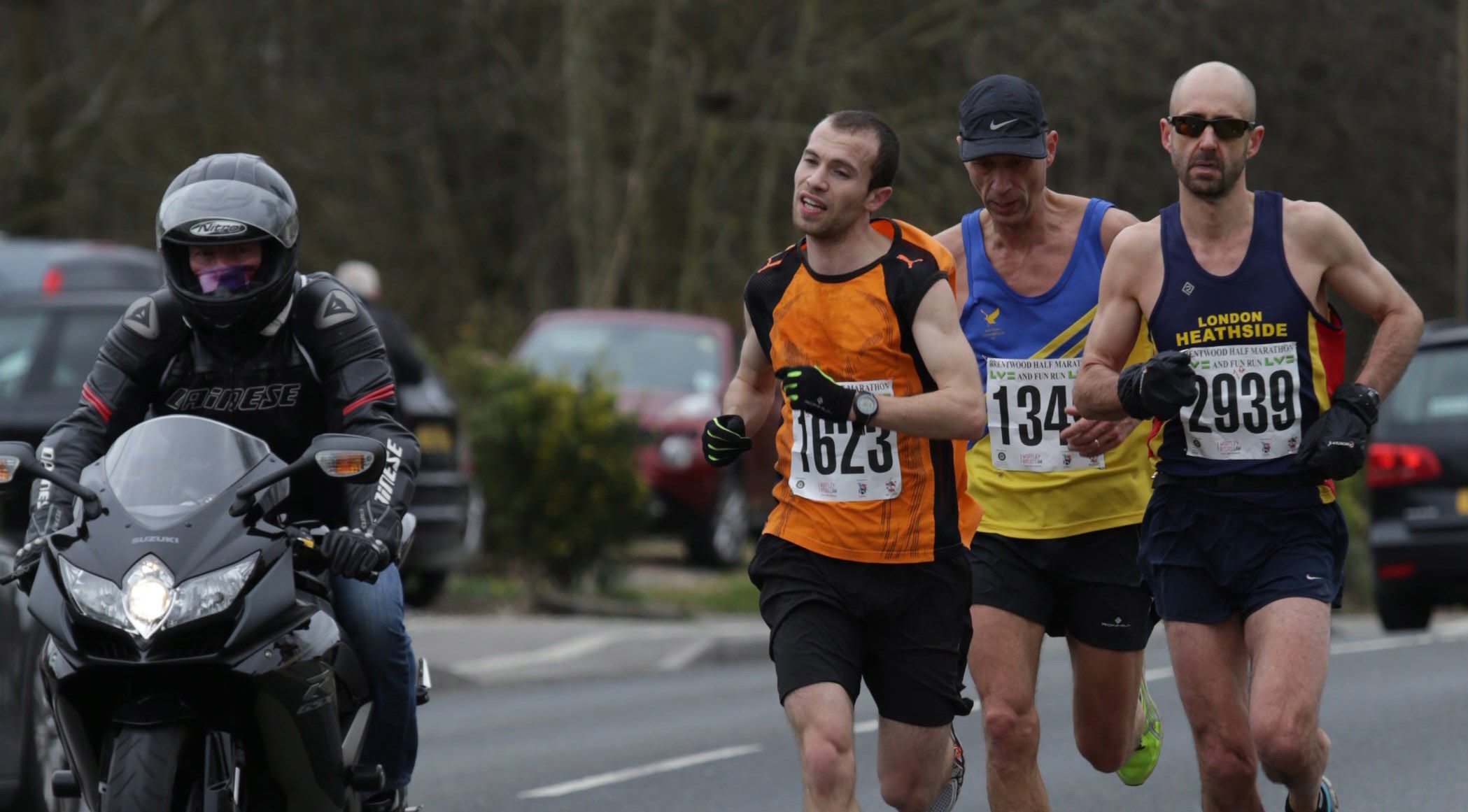 Some quick takeaways for the short on time:

- Our brains can get the wrong idea when we use negative words to talk to ourselves and others about races - words like ‘tough, hard, terrible'. Yes, you know you are voluntarily going for a run and will probably get a medal, but your subconscious has formed its own picture of the event and decided you are going to a stampede and will probably get eaten. Excessive nerves are the result.

- When you catch yourself saying or thinking unhelpful things, use the word ‘but’ to change the narrative and add a more helpful statement. ‘It’s going to be so hard…But I will be ready and I can handle it just fine!’ ‘I might screw it up… But I will do my best and I know that will definitely be good enough.’

- Start telling yourself and others how much you’re looking forward to the race. At first you won’t believe a word of it, but your brain will be listening and in time it will start to ring true.

- Regularly visualise yourself in the middle of the race: relaxed, running well and feeling so grateful to be part of it.

- Remember that some nerves are a good thing: a sign that your brain is up for it and will give you that extra performance boost during the race. Feeling a bit nervous is a superpower!

Adrenaline floods my body, making me feel weak and shaky. The anxiety in the pit of my stomach tells me that something terrible is going to happen. The glossy pages are smooth in my hands. I take a deep breath and look again at the information pack for my next half marathon, five weeks away. On the cover is a photo of last year’s winner, and inside there are pictures of other delighted finishers and a map of the start area. I imagine myself there, warming up in the cold. Standing at the start, the sound of the gun, followed by the charge onto the country roads. My heart rate spikes again. It all seems unreal.

I tell myself that it’s just nerves, but really? Why do I feel like this five weeks before the race? And it’s been like this since I entered, months ago. It can’t be right. There is no excitement, no competitive anticipation or joy. Only complete, sickening dread.

It’s got worse over the last few years. The week of the race feels like a slow, inevitable march to the gallows, a powerless acceptance of my fate. I do not understand it when friends look forward to races, or their chatty excitement at the starting line. I’ve thought many times about giving up, but I love to run and I’m fiercely competitive. I want to see what I’m capable of, and I enjoy the sense of achievement I get afterwards. I always hope it might be different next time, but it never is.

Eventually I realised that I had to find some answers, which is what led me to Andy Barton, a mental performance coach. He asks me to imagine a race and describe the scene. The skies are heavy and grey, the light is gloomy. The running is strained and hard.

‘If your scene is a movie, what’s its theme tune?’ Andy asks.

I tell him that the tune is the same as the light: heavy, dark and ominous.

Then we discuss how I talk about racing, using words like ‘have to’ and ‘must’. Almost everything I say makes it sound like there’s a gun being held to my head.

Then we reflect on how people often jokingly talk after races when they share their experience with friends: ‘Never again,’ they might say. ‘It was terrible.’ Our subconscious isn’t very good at humour, I discover, so when you gasp ‘that was awful’ to your friend with a smile, your brain concludes that it is something to avoid in future.

Andy explains that we are good at remembering negative things. This might be useful for our survival, but it can lead to us having a pretty dismal outlook on life. If five good things and five bad things happen, we will likely remember all five bad things but only one or two of the good things. As a result, it’s easy to build up a negative recollection of something, whether an event, a period of our lives, a person or a race.

And that was my problem. For me, racing was a perfect storm of negative reinforcement. As far as my brain was concerned, it was war, a terrible thing I had to survive. On some level, I was not able to understand that it was just a voluntary sporting event; a half marathon was me tearing through the woods, with a murderous crowd in hot pursuit.

The negative reinforcement had been constant: the way I imagined and described races had blocked out all the joy, in a self-perpetuating cycle that got worse and worse. The anxiety was not logical for the actual nature of the event and it had to be undone. But how?

The good news is that we are able to change the way we think about things. I started to say ‘I’m really looking forward to the race’, ‘I can’t wait’ and ‘I want to be there.’ I said these things to myself and out loud to others. I didn’t believe a word of it at first, but then it started to ring true.

When I visualised a race as part of my preparation, I imagined the sun shining and the day being bright. I felt myself smiling. I was relaxed and running smoothly, knowing that I was there because I wanted to be.

I also tried to catch my unhelpful thinking and statements. Andy taught me the power of the word ‘but’ and how it can negate what went before it. When people say, ‘I don’t like to gossip, but…’ how much value do you attach to the first part of their statement? Likely not very much!

Similarly, the word ‘but’ can help negate the negative things we catch ourselves saying. It’s useful in all kinds of situations, such as for those in the habit of belittling themselves. ‘I’m so useless...But actually it’s normal that this would take a while to figure out.’ And as for racing: ‘That race is going to be really hard...But I’m going to be prepared, and I’m really looking forward to it.’ ‘That was so tough...But it was nothing I couldn’t handle!’

Pre-race nerves are normal, even a long time before the event – they’re a signal that we will get the extra support we need from our brain to have a great race. That flutter of nerves is a superpower to be welcomed. Debilitating nerves or dread, however, are a different matter. If you feel this way, start to pretend that you don’t and soon you will no longer need to pretend. Catch your unhelpful statements and cancel them with a ‘but’ and a positive statement. And when you imagine a race, feel yourself smiling, proud to be there and embracing the opportunity. Look forward to that next race, as I’m looking forward to mine.

I’ve heard it said many times before: embrace the pain. Pain is a strong and emotive word…