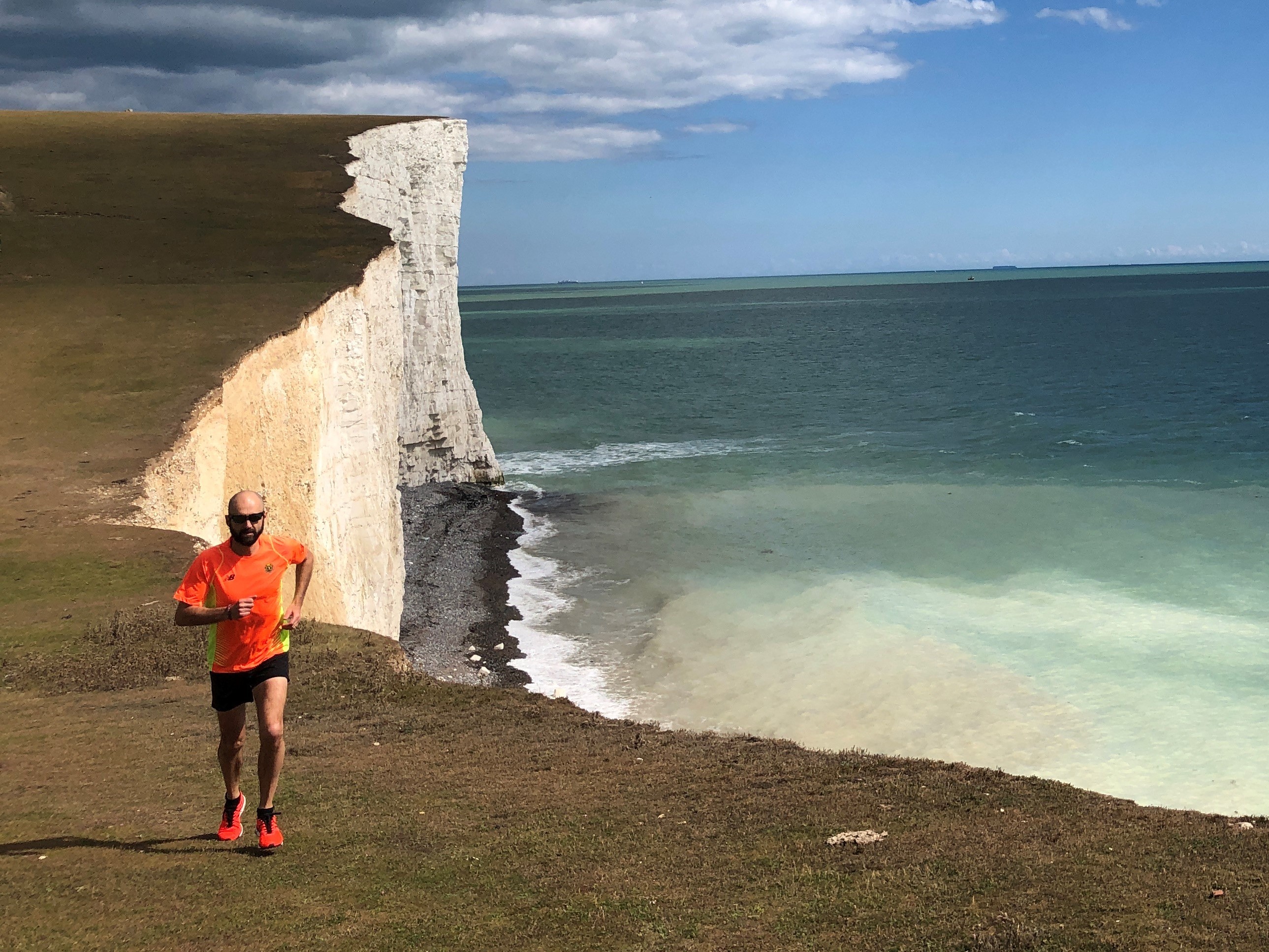 Some quick takeaways for the short on time:

If a runner says, ‘I could never run an ultramarathon’, I would say: ‘then don’t try it tomorrow, but don’t rule it out forever’.

Our sense of what is possible develops and evolves as we take on new challenges. If we run 5k for the first time, our next target is not going to be an ultramarathon. It will probably be 10k, then perhaps a half marathon. But after each new target is reached, our concept of what is ‘normal’ and achievable for us, changes.

Ultramarathons, such as the 56 mile Comrades in South Africa, may seem daunting to even the experienced marathon runner. But when they complete their first training run of longer than a marathon, they are already convincing their brain that it is possible. And after that race their entire perception of distance will shift once again.

Someone who decides to run even 100 yards for the first time has created a new sense of possibility in their life. And their concept of an achievable distance will change as they take on new running challenges. They may never wake up with the hunger to run a marathon, or Comrades, or 100 miles. But one day, if their interest evolves in that direction, it may start to seem completely plausible to do so. Or even a good idea.

If a runner says, I could never run an ultramarathon, I would say: then don’t try it tomorrow, but don’t rule it out forever.

When I ran 5k for the first time, my next target was not, for example, 100 miles. In fact, I couldn’t see beyond 10k. At twice as far, that was a daunting prospect. Once it was done though, the distance held no fear and the half marathon became an option. At just over twice as far, the half marathon seemed a very long way, but hadn’t I just doubled my distance by going from 5k to 10k? A marathon, however, still seemed like an impossibility. That is, until I stood at the finish of my first half marathon.

The runner who decides for the first time to begin marathon training will gradually increase the length of their weekend long run, until one day they are looking at themselves in the mirror, amazed that they have run for 20 miles. ‘But how will I ever do those final six?’ they ask given how tired and sore they feel after 20. But whether they know it or not, they have already done enough to convince their brain that 26 miles is possible.

My first ultra-distance race was the 56-mile Comrades Marathon in South Africa. The distance is effectively two marathons plus a 5k, and is run over very hilly terrain. I was stepping up from the marathon, so it was a significant increase in distance. The prospect was daunting, but I also knew I was doubling the distance (plus a bit!), just as I’d done before. To do so again did not seem beyond the bounds of logic and reason. Also, just as marathon runners do 20-mile training runs, I had done some training runs that, while way short of the race distance, were still further than half way. Yes, the 56 mile distance was mind blowing, but what mattered was that by doing the longer training runs, I had convinced my mind that 56 miles was possible.

One of the unexpected bonuses of running 100 miles for the first time is that the 56 miles of Comrades now looks quite short. Of course that doesn’t make it easy – Comrades is a very tough race run at a faster pace – but the distance itself holds no fear. That’s one of the benefits of changing context through experience.

The length of the marathon is an arbitrary distance created by an accident of history and made famous by our human desire to challenge ourselves. The distance of 26.2 miles isn’t the point at which human capability ends, any more than 10km or any other random number of miles; it is simply a distance that has captured our collective imagination. A lot of runners who run marathons every year have never run a yard further. There is, of course, no reason why they should, unless they are keen to explore ultrarunning and are hesitant simply because they regard the marathon as some personal upper limit.

My first run that was longer than a marathon was one of those longer training runs for Comrades: a 34-mile training run from home, out through North London. When I didn’t explode or hit any metaphorical walls, I gained a whole new sense of possibility – not only as a runner, but also as a person. I left my house one morning, ran on my own and returned some hours later. I took off my shoes, had something to eat, showered and collapsed on the sofa with an immense sense of achievement. I could run further than a marathon. But more than that, in terms of my own identity, I had become someone who could do so simply because I wanted to. No fanfare, no big event, just the creation of a new normal. And it felt empowering to know that I could do it again, whenever the need arose.

I felt the same way some years later, after my first 50-mile training run. There is something surreal about returning home having run 50 miles as if it were just another day. A couple of hours later I set out to buy a bar of chocolate from the corner shop and a neighbour told me I looked tired and asked if I was unwell. ‘No, I’ve just been out running.’

I was lucky to grow up watching normal people from all walks of life run 56 miles in the Comrades Marathon on TV, just as kids hopefully watch the great city marathons now. My father completed the Comrades three times, and I was there to watch him twice. His glorious entrance to the stadium at the end of the race and the sight of the iconic medal around his neck were powerful images for a child.

I love watching children running in a Park Run with their parents, or when they are there to watch their parents complete a race, be it a 10km, a marathon or something longer. It creates a personal association with possibility – if someone they know can run 10km, why shouldn’t they? This sense of possibility is invaluable, whether they decide to run themselves in their teens, their twenties, or, like me, many years later.

For those who don’t have this gift from childhood, having the courage to take the first step is a great achievement. I always knew that running was an option for me and had enough knowledge of training to make starting in my thirties fairly easy, but some people have to overcome a complete lack of knowledge and various negative preconceptions before they can begin. One of the great achievements of Park Run has been making getting started much more accessible.

Someone who decides to run even 100 yards for the first time has created a new sense of possibility: they are now someone who runs. For many people, this opens up an entire new association with their physical self. When they look in the mirror, they see a runner looking back at them. Months, years or decades later, their focus could be anything from collecting Park Runs, to long distance events, or simply running with friends. They may never wake up with the hunger to run a marathon, or Comrades, or 100 miles. But one day, if their interest evolves in that direction, it may start to seem completely plausible to do so. And more than plausible, one day it may even start to look like a good idea.

I’ve heard it said many times before: embrace the pain. Pain is a strong and emotive word…